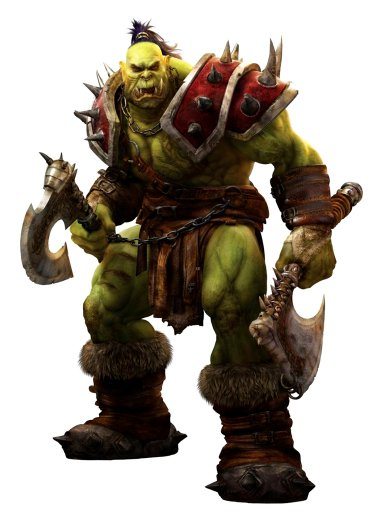 Fairlan, a local merchant, has befriended the PC’s party while they are in town. He was impressed by their tales of heroism and acts of courage. He always listened intently. He was hospitable and got them inexpensive rooms at the local inn, showed them around town, even sold some of his “good stuff” at nice discounts to the party.

With all of Fairlan’s “good intentions” his true agenda is a bit hidden. As an experienced merchant he knows that good people like to help those in need. After buttering up the party with some local hospitality he will innocently mention about a problem he is having. A problem with orcs along one of his trade routes. He will then try to get the party to accompany him for free if possible, using the good will he had done for them as a guilt weapon. The cost of all those goodies he gave them earlier are a lot cheaper than hiring the lot of them for caravan duty. If he has to, though, he will pay the party members to guard his caravan and take care of any problems during the trip.

Fairlan figures and tells the PCs, “thare can’t be but 4 of dem orcs, piece a cake fer you good peoples.” In reality he is lying and knows that there are a lot more. In fact he will say just about anything to get the party to guard his caravan from the orcs. He means well, but his goods are more important.

Assuming the party accepts, the nearby town for this journey is Derelorn’s Hamlet which is 3 days journey through forest. It is a small village that was plagued by orcs a few years back, as Fairlan will tell. A hero named Derelorn turned the tide of battle against the orcs in the old days during the raids. Sadly, he was killed during the biggest and final raid of the time. The village was named after him to honor his bravery. Its been quiet till recently.

After the 3rd day, and only a couple miles from the hamlet a group of orcs will ambush the party along the road.

Brezcar will be set on both sides of the forest. He and 4 orcs on one side and the other 8 on the other side. Brezcar will send the 8 orcs in to attack the wagon guards, in other words the party. After the fighting starts Brezcar will attack from the other side with his 4 orcs. He will try to whack a wizard or cleric from behind then go to the next. His 2 orc buddies are there to intercept anyone who blocks him. If the battle looks like its a losing deal Brezcar will go invisible, try to grab a goodie chest in the wagon, and take off. He will take slave prisoners if they by chance don’t kill everyone or the party surrenders.

Once the PCs reach the small hamlet they will find that the orcs have been raiding from the villagers, but this time they are using undead. Many of the commoners will be happy to see the adventurers and ask Fairlan of his journey. At some point the commoners will ask Fairlan if “these brave souls”, referring to the PCs, are here to help. Fairlan, never wanting to make potential customers unhappy, tells them that he paid them out of his own money to come help the villagers. This is a lie of course, but hey their the good guys they won’t turn these people down.

After these events the adventurers will be treated like kings, it will seem too hospitable. The innkeeper will offer them a place to stay, give them food, and clean their clothes. Town women will be friendly and even be suggestive to any of the party that is pretty attractive, 15 CHA (or 15 COM if using our optional rules). Until this point the adventurers won’t know why all this goodness is being spread to them, unless they ask. In reality Fairlan told the commoners not to talk to the party about their mission to aid them for they had a long day fighting orcs just coming here. Fairlan hopes that by morning he will be traveling to his next route, away from orcs, and leave the “heroes” to their sheep.

After the patrons and the PCs are all happy with drink and food, one of the farmers finally spills the beans. He will ask what approach the PCs will take when dealing with the undead and the orcs. This is where Fairlan starts to turn white. The PCs won’t know what the farmer is talking about and the farmer will keep inquiring. After a bit give enough hints that one of the PCs can figure out what happened. Eventually the commoners will tell the party “well, Fairlan said….” Fairlan will stutter at first and try to make up excuses. After one set of yells or threats he will break down and tell the truth.

After a few words are exchanged with the commoners, Fairlan, and the PCs one of 2 things should happen. 1st if the PCs do agree to help the adventure goes on. 2nd, If they don’t help then plan a raid the next day with about 10 orcs and an ogre attacking the grain storage. Make sure a few innocent people get hurt. If this doesn’t make those good hearted adventurers assist the poor defenseless villagers, well have em join the orcs because they are not good at all!

Either way the commoners will beg for the party to help them destroy the orcs. They will offer goods, gold (100 gp. max) , and even some daughters in marriage. They want to keep their homes and are willing to do anything to hold it.

Activities: What happens from here on is up to the GM. The course of things should run as follows. Each side will continue fighting and killing each other bringing the death toll up about 2-12 corpses a day if the PCs don’t get directly involved, 1d6 humans and a 1d6 orcs. If things start looking like a peace settlement is going to take place Johandri will send out a zombie hit squad to attack the orcs again. The second time he will use armored zombies to disguise them as knights aiding the humans, see Guph’s tower for more information.

Each night Johandri will go to where ever any battles have taken place and the hamlet’s graveyard to gain fresh undead. He will take about 6 zombies with him. Johandri will dig up these corpses and animate them in to zombies and skeletons using his spells and the amulet’s power. He is storing the undead in a lake that is between the village and the orcs, about 5 miles from both.

After he gets about 50 undead he will attempt to attack the orcish caves at night. He will use his undead and spells to scare off the orcs that have tents, then go after the caves himself.

The chance of Jahandri succeeding with an attack on the orcs is 2% for every zombie he creates and 2% for every dead orc from battle, not including the first encounter with Brezcar. If the PCs become friends with the orcs and camp there Johandri will attack the PCs and the orcs when he has 50 zombies.

If Johandri gets engaged in battle by the PCs he will stay and fight until things start looking bleak or he is personally attacked. He will use the amulet’s shadow power to get away. It would be assumed that the PCs know at that point what is going on or have some idea something is wrong.

If the PCs approach the orcs in a peaceful way the PCs might figure out that the undead don’t come from the orcs. The orcs will accuse the humans, but then again the humans only have one town wizard, Guphs, hmm.

Also remember the humans don’t know that Guphs is dead. No one ever bothers the wizard. Johandri will animate Guph’s corpse into a zombie and keep him preserved. He will place him in bed with nice warm covers and tell people he is sick. If people ask to see Guphs he will happily allow them to, but not long enough to talk to him.

It will be sort of a trick as Johandri might give commands to the Guphs zombie to do things and it will appear that he is just tending to his friend. For example. “Guphs is very ill today, he can’t even talk. Guphs take this cup of soup and drink it, it will make you feel better.” He will then hand a cup of soup to the zombie which will pour it down his throat. A simple task for a zombie giving the illusion of being alive. “Guphs you look tired, why don’t you roll on your side and go to sleep.” This is another simple command zombie Guphs can do, fooling the PCs.

You might allow PCs to notice that Guphs is not acting correctly. He doesn’t move, maybe breath to much, look too pale, the soup kind of dribbles down his cheek and he doesn’t wipe it, etc. Johandri will try his best to get the PCs, or anyone for that matter, out of Guph’s tower as fast as possible before they notice anything.

Within the tower Johandri will store 8 of his undead. Guphs had 8 suits of armor around the tower and some mounted weapons, he liked to collect those things. Each of these will have zombies in them. The PCs won’t notice of course because they are inside the armored suits. Now if the PCs look inside their closed helmets, well that’s another story.

If Johandri is discovered and can’t stay in the tower he will hide in the forest between the village and the orcs near the lake. He will always have about 6 zombies with him.

Possible Endings: If the PC’s defeat the necromancer’s plot, “I would have gotten away with it if it weren’t for those damn adventurers”, the orcs will still not let anyone inside their caves to go get the last piece. The orcs will try themselves and realize that the dungeon has been collapsed.

If the necromancer kills the orcs and discovers the dungeon collapsed, he will leave the area in search of the last piece. From there the GM can allow him to escape and make him an arch-villain of the party or have them encounter the necromancer outside of the orc caves for a final battle.

If Johandri’s plot is fouled at both ends and the humans and the orcs are on to him he will leave the area. Of course, as a final revenge on those that foiled his plan he will make one last raid where the PCs are staying in an attempt to kill them, animate them, and steal their magic items. Johandri assumes that anyone that defeats him must have some magical power. Use 6-8 zombies and the necromancer in this ending.