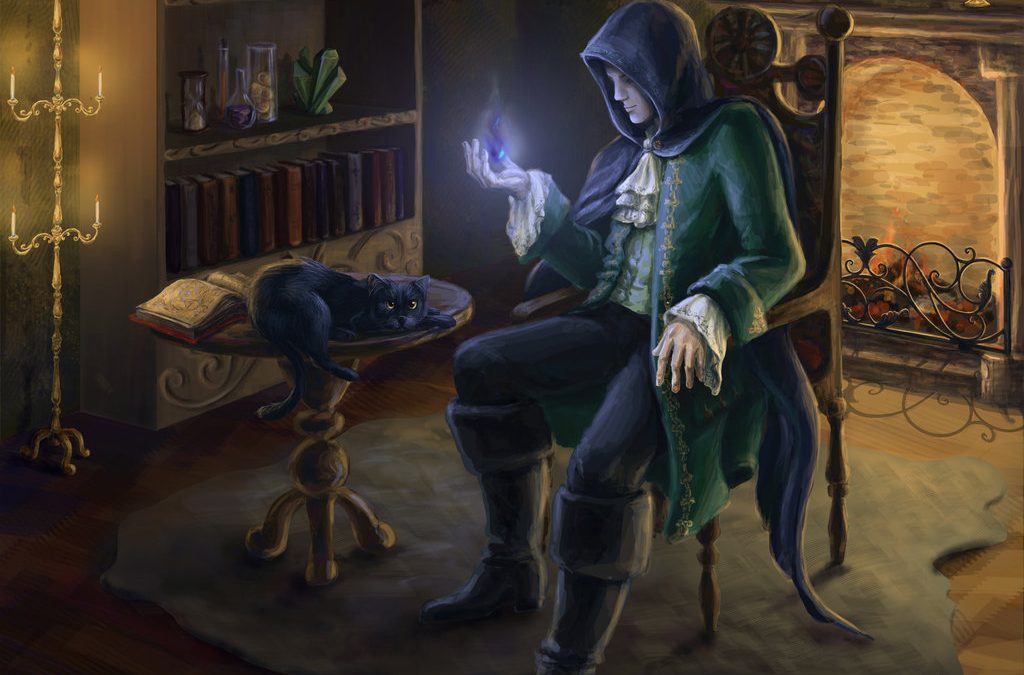 The adventure begins with the story of two wizards, Guphs and Johandri. Each have been friends since they met in the wizard academy. Once in their early travels together they came across a 2 piece stone amulet of some unknown origin with unusual markings. The pieces of the amulet, when put together, were triangular in shape with a small circle depression in the center and had engravings of magical lettering it seemed. They had purchased it together in their youth for a mere 50 gp.. The language of the amulet resisted any spell to read it, but some symbols were known.

After several years Guphs came across an old parchment that detailed more of the cryptic text on the amulet from his youth. He contacted his old friend and shared the information. After this new information each had figured out that the amulet was not magically protected but that the letters were encrypted. Thats why they could never figure it out with “magic writings”. They also realized the potential of the amulet, it was a necromancer’s tool for controling undead called the Amulet of the Dead. While Guphs saw this amulet for what it was, an item of dark magic, Johandri saw it as new found power. The amulet was of special interest to Johandri since he had specialized in necromancy these last couple years.

Johandri decided to visit his old friend in the hamlet of Derelorn. They shared what each had found out about the amulet but obviously had different views of what to do with it. Johandri wanted the amulet for its potential and Guphs wanted it destroyed. A bitter arguement broke out over the amulet and its wonders. Johandri realized that Guphs was not going to give him his half of the amulet so Johandri poisoned his old friend and took it by force. Johandri only wanted to disable his wizard friend to get the other half of the amulet but the poison he used killed him instead. Fortunatly for Johandri no one at the hamlet ever bothered the Guphs except in severe emergencies.

After gathering all the new information and the whole amulet, further evidence was discovered that there was one more piece to the puzzle. There was a center piece gem that completed the amulet’s abilities. Without it the amulet was only partially activated. Through several spells and lots of reading Johandri determined a possible location for the gem, which coincedently were not to far from here. It was the secret lair of the wizard who created it, a wizard named Vothra.

He traveled the country side and located the place where the secret dungeon was. Unfortunatly for him it was in a cave, in the middle of an orc settlement, under the chieftain’s water supply. Now Johandri could handle a few orcs pretty good by himself and a few undead, but attacking an orc stronghold in the nearby caves was another story. Even with multiple undead he would lose to the vast number of orc within the cave.

He devised a cunning plan to aid himself with this dilemma. He knew the hamlet of Derelorn and the orc settlement had signed a trade agreement and were at peace, so he had to make them go to war. He figured the more that died, the more he could animate, and the easier it will be to get inside the dungeon. With luck the humans would kill the orcs and return to their homes leaving the caves uninhabited. If they both take heavy casualties then he can raise enough undead, with the amulets power, to take the caves by force. If the orcs won, well that was the only bad part of the plan. he would have to fight through a tough and victorious orc army. Johandri was an opptimist and thought that 2 out of 3 isn’t bad.

He snuck into the human graveyard at night and animated some corpses. He sent these undead to attack the orc settlement with a note describing the disatisfaction of the humans with the trade agreement. The note stated that orcish goods where of terrible quality and that they were consuming the resources of the land, “Orc goods suck, stop destroying our lands, die pig faces!” He wasn’t creative but against orcs it would work. Orcs being orcs of course are not to bright and took on the attack as a sign of good things to come. War is good for orcs, it means they can take what they want.

So it started, orcs attacking humans, human attacking orcs in response. The human settlement thought that the orcs went mad and they had to be destroyed, no more agreements. And this is where the PCs begin.