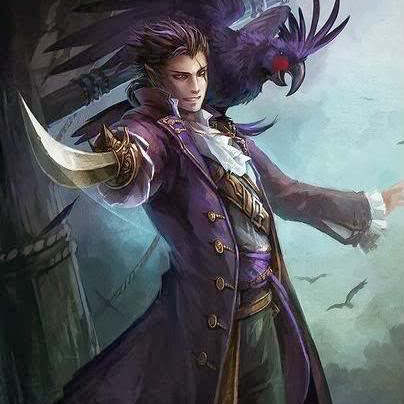 Kuyang is 2nd to Black Lily on the Tempest. He holds this position because he is one of the few people that the Black Lilly trusts.

Kuyang has served with Lily ever since the day she captured the vessel he was traveling on. He fought against the pirates but was disarmed and defeated by Lily. He then swore himself to her service. She was at first hesitant to trust him but since he immediately switched sides she allowed him to serve her. He first served as her bodyguard but she eventually made him the quartermaster, after the last one was caught cheating at dividing up spoils.

As quartermaster it is his job to lock up all weapons (except daggers) and metal armors. He is also in charge of dividing any loot gained. He has the only key to the quartermasters hold.

He personally does not care for many of the pirates but is unswervingly loyal to Black Lily. He is of course in love with her but knows that she does not desire him. He will remain with her whatever her fortunes may be.