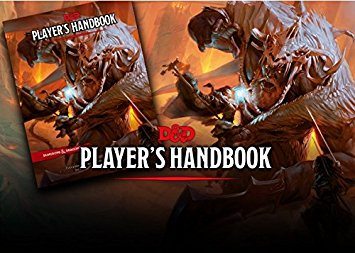 Druids and Ironwood: WotC’s Sean Reynolds indicates that you might want to get out a pen and change a word in the “Weapon and Armor Proficiency” section for the Druid class:

Jonathan Tweet says the reference to ironwood in the druid Weapon and Armor Proficiency section was supposed to refer to “armor,” not “items.”

Sage Advice in Dragon #282 elaborates: The [shield] spell grants you a +7 cover bonus to Armor Class, not 75% cover as the spell description in the PH says…. A shield spell does not negate attacks of opportunity against the user.

Color Spray Spell: The effects [of this spell] don’t occur in order; they occur together. The list of effects should read:

3 or 4: Blinded for 1d4 rounds and stunned for the first round.

Current in-house ruling is “no undead, no constructs, no outsiders, no elementals [unless you are that sort of creature already].”

What if the polymorphing creature is already an undead, construct, outsider or elemental? What forms can these types assume? Anything a prime creature could, plus outsiders of their type (or elementals of their type, etc.)

Why not outsiders? Outsiders are innately magical creatures with inherent magical abilities in every atom of their bodies. They’re not made from the same stuff we are.

What about the shapechange spell? Shapechange is 9th level, I’d say it wouldn’t be limited in that way.

What about tieflings and aasimar — aren’t they outsiders? For the Forgotten Realms, which has those races as PCs, we came up with the term “native outsider” – they’re outsiders, but their home plane is the Prime Material, so you can bring them back from the dead with raise dead. You could also say that that makes them the equivalent of a PMP [prime material plane] creature for the purpose of polymorph.

Further limitations on size and hit dice from Skip Williams: The new form can range in size from Diminutive to one size larger than the subject’s normal form, and can have no more hit dice than you have, or that the subject has, (which ever is greater), and in any case the assumed form cannot have more than 15 hit dice.

Range for Wail of the Banshee: The spread extends to close range (centered on the caster).

Components and Saving Throw for Bull’s Strength, Cat’s Grace, Endurance, and Eagle’s Splendor: They should all be the same (except for Cat’s Grace, which doesn’t need DF). [Thus components V,S,M/DF for all except Cat’s Grace, and saving throw Will negates (harmless).]