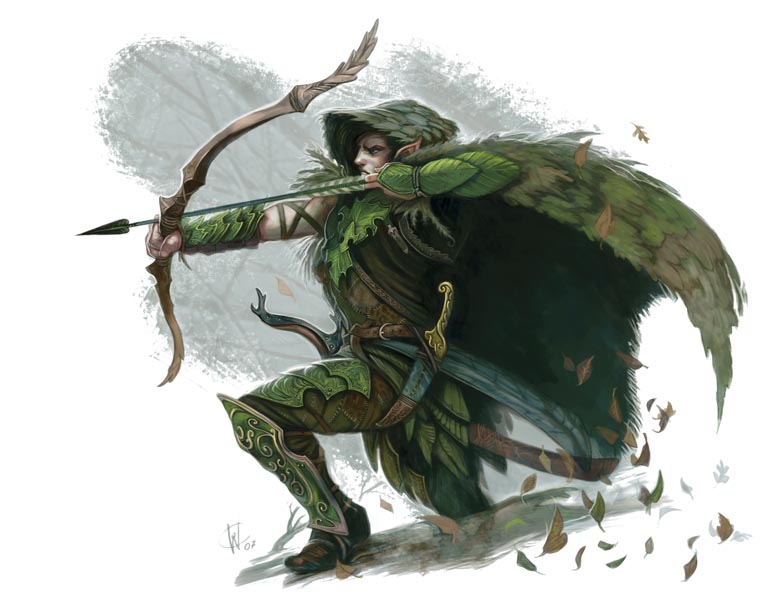 Once, a circle of druids and rangers tended a forest, with such inestimable care that they never harmed any creature of the forest. This devotion eventually became total pacifism. Word of their peacefulness spread until it reached the ears of a priest of Erythnul.

Sensing an easy target he alerted his church, a church devoted to war and destruction, to the druid’s presence. Erythnul felt this pacifism cult, as he put it, was a threat to his way of life and his church. As the warmongers gathered their army outside the forest in preparation for invasion, the animals carried word to the guardians of the forest. Horrified they planned their defence. Being pacifists the druids did not want to kill the invaders and break their vows of non-violence so they hastily crafted the Vine Arrows, which will disable but not injure others. With spells, help from their animal friends, and their new weapon, they neutralized and captured the entire army. As punishment permanently transformed them into animals of the forest.

Abilities: A vine arrow seems to be a length of vines, tightly woven together, slightly larger than an arrow. When knocked to a bow, they shift to resemble an arrow in shape and consistency. Upon hitting their target, the vines unravel and tighten round their target, rooting in the ground, even solid rock, squeezing as they do so. The arrows are +2 to hit and cause an entangle spell to come into effect on the target when a hit is scored (DC 20 Refex), and 1d4 subdual damage per round until target breaks free. Critical: x3

Any Druid or Ranger using these in conjunction with any bow (not crossbows) is considered to be proficient with it. Other classes need Exotic Weapon proficiency.