Masks of Destiny Campaign – Chapter 4e: Into The Castle 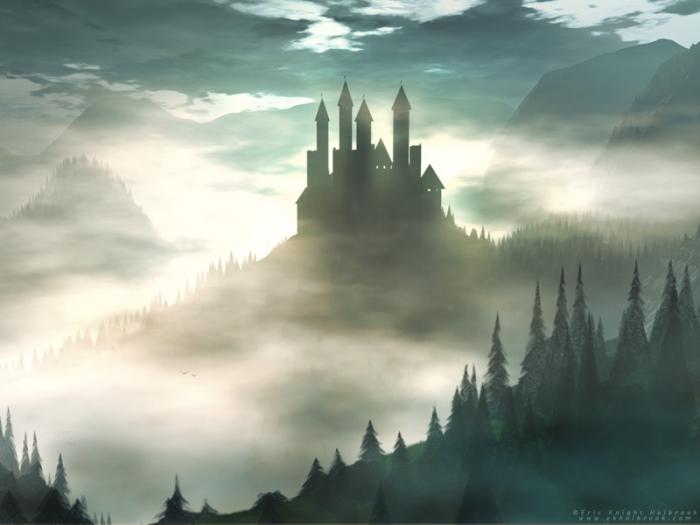 When the players finally head to the castle (See Land’s Edge Castle) they may be assuming that they are headed to safety from the monsters hunting them, well they are dead wrong. Once they reach the castle Castilus will attempt to herd them toward the summoning room. Remember that Castilus is restricted to 1 summoning a turn with a duration of 3 turns. This means he can only have 3 summoned groups of creatures at any time.

The players will be able to give themselves some breathing room if they can ward the door to the summoning room or if they can find a way to bar themselves into an area. Remember to kill NPCs before you seriously go after the party, they will be running short of resources and warm bodies, while the summoned groups continue to show up. The castle has a few denizens but these are all unintelligent creatures that will not respond to Castilus telepathic commands.

If the players reach Castilus’s room he will be waiting with an illusion spell up to make himself seem friendly and helpful. He will take the form of an angelic being, GM’s choice, and implore the party to set him free so that he can stop the curse that has overtaken the area. He will tell nothing but lies, if asked about Serek’s obvious corpse, he will blame the wizard for the curse he claims affects the town.

He will finally use his illusions to conjure large piles of treasure in a desperate attempt to get the players to release him. Failing all this he will claim to be able to answer whatever questions they might have…if they release him first. In the end if the players release him they must fight or be killed. Castilus has no fear of death since this is not his true form but a manifestation.

If the players figure out he is a liar they must seal the door and stop any returning minions from breaking the seal to stop Castilus attacks on them. The information on the Island of Vigilance is in the wizard Serek’s diary. Once Castilus is destroyed or sealed off the undead in the town and castle go to their final rest and the remaining summoned creatures vanish. The party will be able to construct flimsy rowboats with some work over the course of a few days. Remember that Captain Pectas has a schedule to keep and will sail The Merry Annafter 2 weeks of waiting. See chapter 4d for details on the boat and crew. Any surviving members of the shore party will be forever grateful to the party for their rescue.