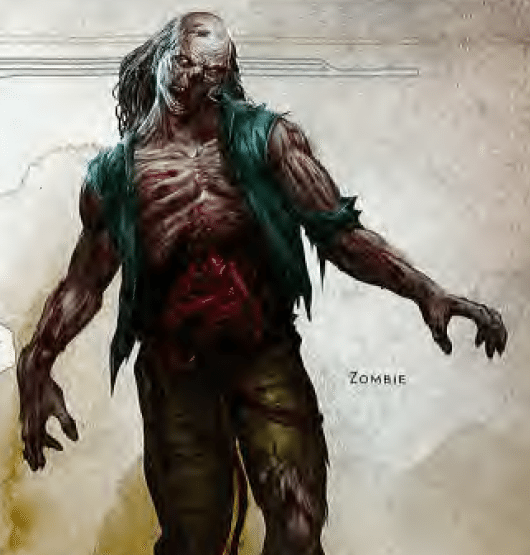 This is an armband is made from vampirized human flesh, bone, and small hematite stones. The true purpose of creating the armband far exceeds the horror of its appearance. From the imprisoned un-living body of the vampire Gris-Gris, the necromancer Fonsdemorte creates and recreates the magic item for the amusement of talking to the souls of his zombified victims. He would take his zombies everywhere he went and soon it became dull having no one to speak to. At dinner he would have various zombies sitting at the table while using the item to speak to the souls that used to occupy the corpse. Of course most of the time the souls have not much to say to the eccentric necromancer except of their pain and suffering. This, of course, is what Fonsdemorte enjoyed the most.

To this day in the dungeon laboratories of the wizard it is claimed that you can still here the imprisoned voice of Gris-Gris as he was never found after Fonsdemorte mysteriously left the world of the living.

Abilities: It is imbued with magic properties that allow the wearer to commune with the undead. Expending a charge allows the user to gain the effects of speak with undead. This is exactly the same as the 3rd level cleric spell Speak with Dead, cast by a 10th level cleric, except it affects undead creatures and not corpses. The target undead must be animated and not slain or otherwise destroyed. The Gris-Gris is not guaranteed to keep the undead from attacking or otherwise control of the target. After all charges are expended the Gris-Gris turns to dust. The Gris-Gris can have at most 25 charges.