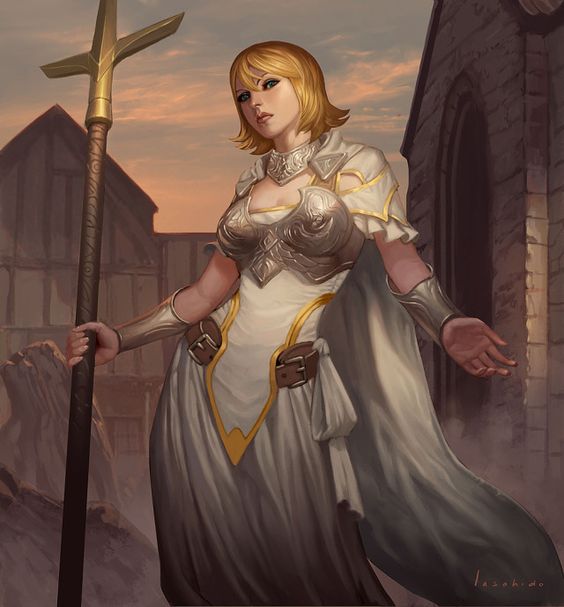 Upon becoming an adult she dedicated herself to the same god that her parents served. Her grandfather was bitter about the death of his son and daughter-in-law but she believed that they died content knowing they served the cause of good. She divides her time between her grandfather and the church. Charilus has convinced her of the dangers that the masks hold and she has decided, against his wishes, to help in the search for them.

Personality: Elan is a little bit vain and those who play up to her vanity do well with her, until she figures it out. She is of a good nature but does not like the discomfort that adventure will soon bring. She will complain about the hardships of the outdoors and being wounded in combat is totally unknown to her. In short, she has never left her home for long and will be the wide-eyed innocent girl who does not know any better. She is wise enough to learn from her mistakes if she survives them.