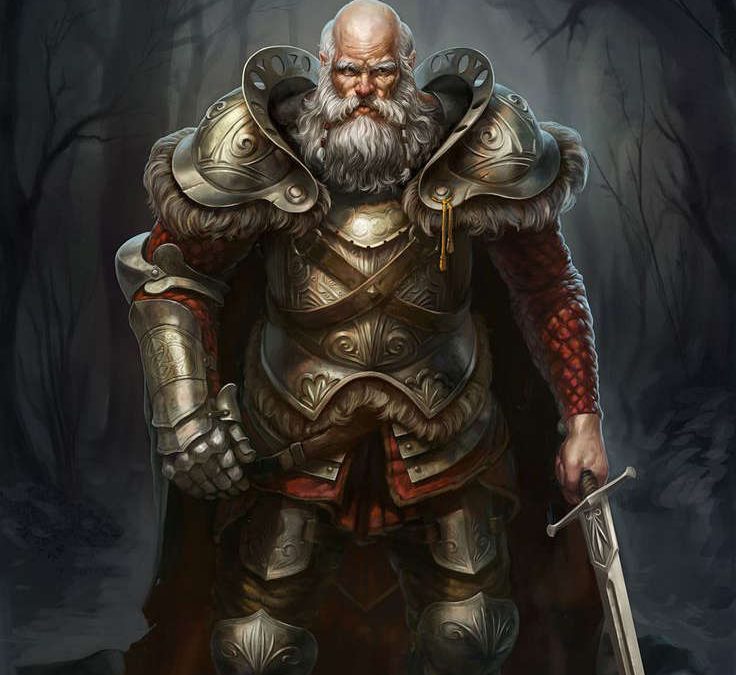 10. The Long Reach: This area is a large 80’x80′ square man made room. The cave walls look as if they were dugout and reinforced by dark stone bricks that line all the walls. The room has some small amount of rubble in its center and the floor is covered by stone dust in most spots. On the ceiling is a large circular opening measuring 30′ in diameter. The walls of the opening are also reinforced by the same dark stone that covers the walls. The opening goes up around 100′. If the opening is peered into the PCs can see a dim glow at the top from some sort of light source.

11. Xoth’s Chambers: The opening reveals a large circular room measuring 40′ in diameter, and 20′ in height. Tall book shelves line the southern half of the area. The shelves are filled with books of all sorts from magic to history. A large summoning circle is in the north end of the room and a few scattered pieces of furniture. Apparently the opening continues upward but it is blocked by a giant wooden plug flush with the ceiling. The plug is being held in place by a wooden beam measuring 40′ across. The large wooden beam is about 1 foot in width and bolted to the ceiling by two metal clamps. Any dwarf or character with knowledge of construction knows that the plug needs more support to ensure it will not break the beam. In the south portion of the room there is a section blocked off by shelves. Here is where the Baron sleeps. There is a 1′ diameter circular tunnel in the south wall that leads to up outside to a cliff on the side of the mountain.

The Baron will not have any guardians within the chamber, he created the Bone Reapers but still feels uncomfortable around them. If he knows the PCs are coming he will wait till they are up the center of the shaft and then use the mask’s spells to smash the wooden beam holding the wooden plug. This force the beam to break collapsing 2 tons of lose stone, being held up by the plug above, down upon the PCs (DC 30 Reflex, every point below 30 a PC misses the save they take 1d6 damage from falling rocks, a natural 1 kills that PC). The rocks will fill up the opening in area 10 entirely. The PCs have 1 round to act before the beam gives and the rocks fall.

The Baron will always have a vial of gaseous form on his person for escape. If he feels he is losing a battle he will consume the vial’s contents and escape up the 1′ tunnel in gas form.

The Baron will use the Masks to stop the PC. Xoth will realize the situation and with the proximity of the last mask he will have some ability to activate 2-3 of them at once by his own will. The Baron will have several different types of protection spells and ability enhancement spells on to protect him from damage. Use the spells within the masks to summon monsters and cast spells on opponents in an attempt to kill the PCs. Use a casting level of a 7th level wizard for Xoth’s will over the masks. The mask will continue to cast spells 2 rounds after the Baron is dead in an attempt to kill the intruders. After that they will stop functioning since they rely on a live wearer. The PCs may then take the masks and give them to Charilus to destroy.

If the Baron has all the masks but he has not completed the binding ritual then consider all the masks to be able to cast and as a 12th level wizard. The Baron will have many defensive spells up all the time. Since the Baron himself is weak the spells will make up for this.

Cliff Ledge: This cliff is over 500′ above the base of the mountain. There is no way to climb up to the cliff but one can get down. There is a small 1′ tunnel that has been magically dug using spells that leads to the south end of area 11. The Baron has placed here a small chest containing climbing equipment. In the chest is also a Horn of Blasting DMG 259. If the Baron escapes through the tunnel he will use the Horn of Blasting to collapse the whole tunnel passage and trap the PCs, blowing right down the shaft. Then he will use the climbing gear or masks to escape.

The Baron within the Stronghold: As a DM you must determine if Baron Ganth is aware or not aware of the PCs presence.