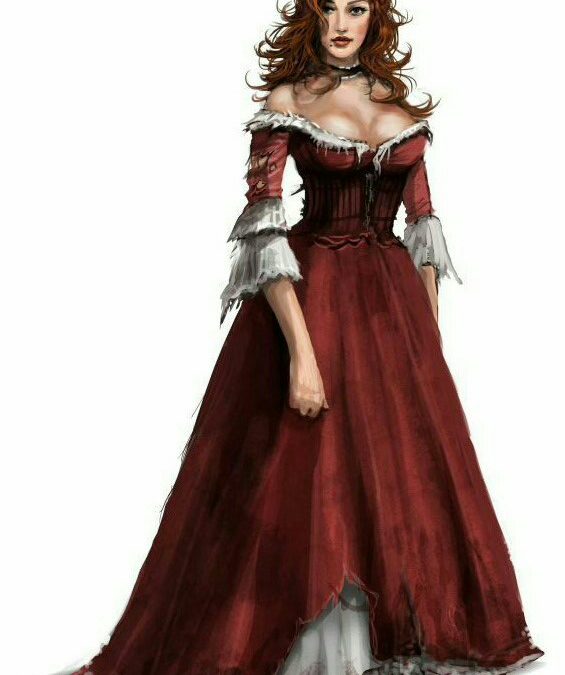 In week one, the four of you – all promising and well-connected young people from the Realm of Rhainne – found yourselves at Foxden Acre, the castle of Michelle Loupieres, the Duchess of Courtenay. You all came separately to attend the wedding of the Duchess’ daughter, Mariana, to Lord Leon Mauriset, a local peer with a reputation as a man of integrity and handsomeness. Everyone but Crinn also came for an audience with Sir Edwin Aeridah, a respected political advisor to Sarichae VIII, Queen of Rhainne. You all made appointments to see Aeridah, but he was booked solid with visitors until the day after the wedding. And so you found other ways of passing the time.

In the days leading up to Mariana’s wedding, Anubis went about flirting with ladies and sharing a pipe with Sir Edwin in one of the many sumptuous lounges of the castle. Anubis’ friend Captain Whaley warned him to act civilly and stay sober as much as possible in the presence of so many influential people, and Anubis managed to have a good time and more or less heed his advice at the same time. Daniella spent most of her time secluded in her room in one of the many guest houses at Foxden, tinkering with her lab and reading. While not completely anti-social, Daniella found her studies far more interesting than the prospect of endless croquet and tea with Mariana’s shallow cousins.

In her earnest desire to befriend the “little” people of Foxden, Lucia managed to thoroughly embarrass Bette, the castle gardner, who ran from an abortive cardgame with the lady of Lundy and Mr. Deagan (Deagan, whose real name is Crinn Scizx, has been hanging out with Ian Bates and trying to con various servants at cards). However, previous to the incident with Deagan, she had time to chat with Bette about a supposed older Loupieres sibling, Mariana’s brother – whom Bette claimed was deformed and a deafmute. Luce also visited the library, where she found little of interest on the subject of forest lore. However, she did chance to overhear the librarian and another man chatting about the former Duke of Courtenay, Phillipe Loupieres.

It is common knowledge that the Duke was assassinated a little over a year ago – an unsettling event shrouded in mystery. No one knows who his assassins really were. The librarian speculated that the killers were Luhnish, and took the opportunity to defend the Duke’s character against unnamed critics – saying that the Duke did quite a lot for the cause of a “more independent Courtenay”, even standing publicly against the most recent blockade of the Sea of Leda.

Soon the wedding day arrived, and hundreds of guests descended upon the castle from inns in the surrounding countryside. The ceremony was very beautiful, and tastefully brief. Afterwards, a fantastic feast was laid before the many guests, including a number of roast pigs and calves, oceans of fine wine and liquor, and a truly distinguished foie gras that Daniella indulged in with abandon. You all dined in the second main tent, except for Crinn, who ate with the servants at the main castle. In the afterglow of the feast, you all decided to walk off some of your meal – with the exception of Anubis, who found some interesting conversation at his table.

Lucia wandered into the manicured wood south of Foxden and stumbled onto quite an astonishing sight. A whirlwind about 8 to 12 feet in diameter centered on a small cluster of trees and shrubbery. Beneath the whirlwind, Luce was sure she heard the moans of some humanoid creature.

NOTE: Regarding the incident with Bette – servants are treated differently in different parts of the realm. In Lundy and Courtenay, the more rural and traditional duchies, there is a real divide between master and servant. Servants are taught to avert their eyes and speak only when spoken to, and once a servant has been given a master, they have little control over their lives. In Fribbishire, however, servants are much more brazen and free to do as they please, often selling their services to the highest bidder or the most influential employer.