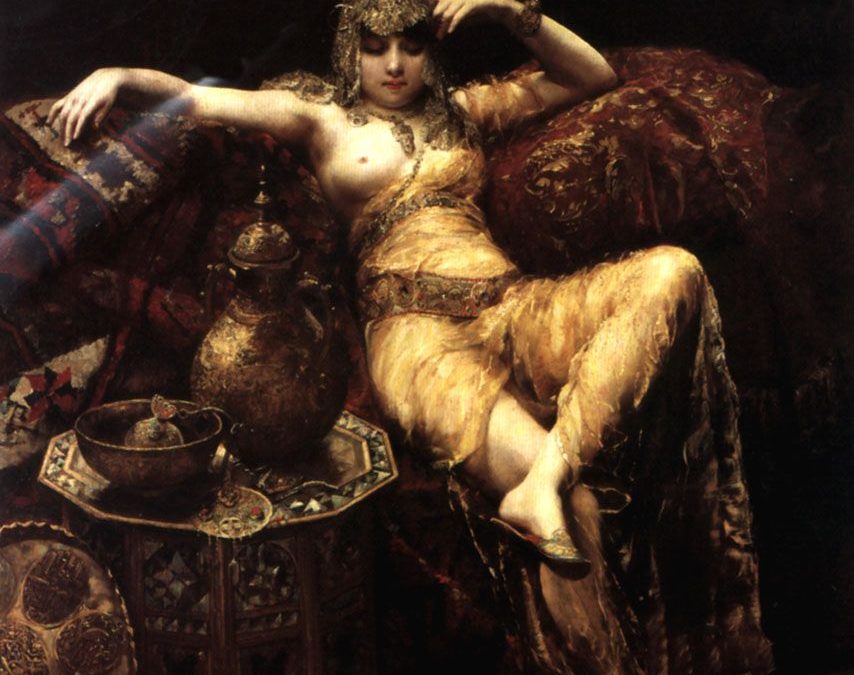 After their brunch with the Gennari family, the party returned to Preen and made their way down to the shore to discuss their next move in private. The discussion touched on how and whether to turn down Cary Hebert’s offer of transportation. Everyone seemed to agree that it was desirable to help both Crinn’s contact and Sir Alistair’s son, but success depended entirely upon the ability to keep their activities a secret from the powerful Hebert crime family. They decided that any decision would need to wait until Crinn made his rendezvous at Cafe de Mauro.

Crinn returned from his meeting with a map of the Haleon Baths. His contact told him that there was an entrance to Hebert’s underground harem in one of the supply closets there, and that the escapees would number four. The group decided that everyone would make a trip to the baths, whereupon Crinn would invisibly sneak into the harem and make contact with one of the women in question. This reconnaisance would enable Crinn to establish a meeting time when the actual escape might take place.

Lucia played the part of the “fickle noblewoman” and told the concierge at Correll’s that she would be staying a few more days to enjoy the relaxing atmosphere of Preen. “This afternoon,” she declared, “I will take the waters at Haleon.” Daniella rendered Crinn completely invisible, and the two women proceeded to the baths with Crinn while Anubis remained at the inn. The storage closet was near the women’s bathing area, and Lucia pretended to mistake the supply closet for a changing room, opening the door so that Crinn could enter.

Crinn soon discovered a seam in the wall of the closet where a loose stone could be maneuvered aside. He entered the small dark space and replaced the stone behind him. Upon lighting a candle, Crinn found that the passage quickly became too small to stand upright, and he began a steep crawling descent that went on for some 150 yards. Someone had obviously dug this passage with primitive tools over a long period of time. The descent ended in a larger passage, at the end of which was a metal door. After searching for traps, Crinn turned the door’s handle.

The door swung open with tremendous force, knocking Crinn back against the wall of the passage, while hundreds of gallons of steaming water poured into the passage. Soon Crinn found himself under water. Gathering himself up, Crinn swam through the door and up towards the surface, some ten feet above. He was inside of a large cistern, apparently used to heat water for the baths below. There was a ladder on the side of the cistern that led to another door like the one he had opened, and Crinn used it to climb upwards. As he turned the handle of the second door, he noticed a spout at the top of the cistern that was dripping water. He turned the handle and came out into another storage dark storage closet. His candle having been extinguished, Crinn groped his way to the door of the closet without light, and exited onto another passage.

Still invisible, Crinn dried himself off and made his way through the halls of the sumptuously decorated harem quarters, observing several large rooms filled with couches and fountains, as well as a performance space with a large throne at one end. Finally he found the sleeping quarters of the concubines, and he was immediately able to identify a woman fitting the description his contact had given him. She was sitting on her bed reading.

Crinn approached the woman gingerly, and despite her confusion and shock at hearing a disembodied voice, managed to convince her that he was not a ghost and not there to harm her. The woman walked to a wardrobe at the end of the large sleeping quarters so that they could speak without fear of being heard, whereupon Crinn told her that he was there to help her and her friends escape the harem. He told the woman to meet him at 10am the next morning in the supply closet which he had entered. She agreed to the plan, and Crinn made his way back to the cistern.

This time Crinn found the 30 foot swim under the water to be much more difficult than before. After several aborted attempts that left him gasping and choking, he was finally able to traverse the hallway and came up almost drowning on the other side. He ascended the low tunnel back up to the Haleon baths, and waited outside the building for Daniella and Luce to finish their soak.

Soon everyone was back at Correll’s and Crinn informed them about his trip to the harem. Obviously getting the four women through the cistern would be difficult, since Crinn himself was barely able to make the swim without drowning. The group discussed the problem at length, and Daniella and Luce finally decided to visit some of the local antique shops in search of magical aids. This search came up empty, and so they proceeded on to a diving outfitter to inquire about the construction of some custom breathing tubes. This seemed like a possible solution, but Lucia and Daniella left the shop without making a purchase. The problem called for more discussion.