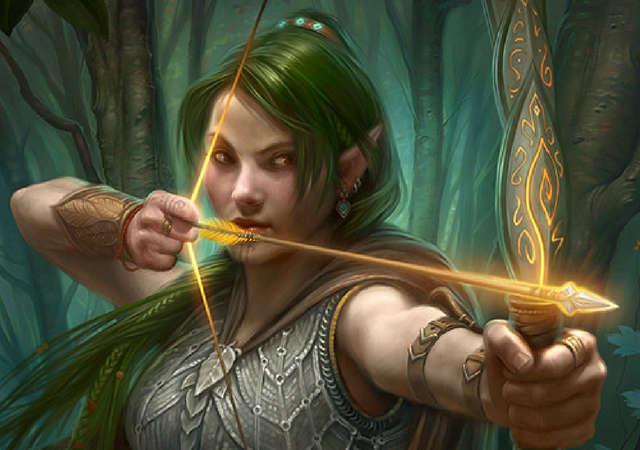 Brustak was known throughout the land for his remarkable skill with a bow and arrow, and he had won many tournaments and battles with his trusty weapon. However, as Brustak grew older, he began to feel as though his bow was no longer as powerful as it once was.

One day, Brustak went on a quest to find a bow that would rival his own. He traveled for many days and nights, through forests and mountains, until he came upon a wise old wizard. The wizard listened to Brustak’s tale, and he agreed to make the greatest bow the world had ever seen.

The wizard gathered the finest materials he could find, including a piece of a falling star, the horns of a dragon, and the feathers of a phoenix. He worked day and night, using his magic to craft the bow with incredible skill and precision. Finally, after many weeks, the wizard presented Brustak with the Magic Brustak’s Bow.

The bow was unlike anything Brustak had ever seen. It was lighter than air, yet stronger than steel. The strings were made of pure silver, and they glimmered in the light. The bow was imbued with magic, and it would guide Brustak’s arrows straight to their target, no matter how far away they were.

Brustak was overjoyed, and he thanked the wizard for his incredible gift.

Brustak started using the magic bow in the tournaments he entered, illegally of course, and proceeded to win every tournament he entered. Well after the 5th straight tournament victory the wizard judges started getting suspicious. He was caught and stripped of all his previous trophies for 1st place.

Mysteriously Brustak’s bow was stolen the next night while the cheating warrior drowned his sorrows in ale.