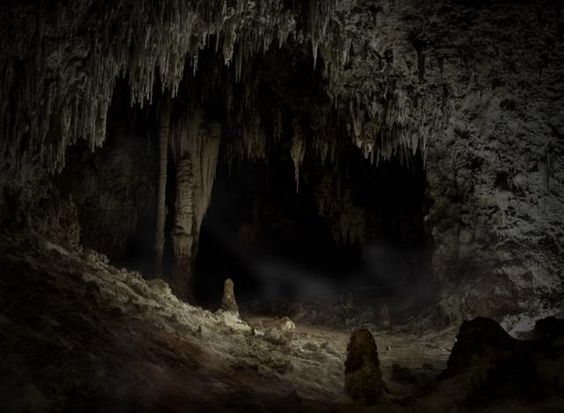 Daniella’s darkness spell enabled Ogutu to steer the Porpoise away from the first of the attacking ships, but the second came steadily into a close fight and made as if to board. The two foes closed to within thirty feet, and arrows began to fly; the magical cannons spouted flame. However, even without Daniella’s withering fire, the party was able to make life incredibly difficult for the assailants. Lucia cast an entangle spell on the deck of their ship, leaving five of the enemy encased in thick and groping vines. Meanwhile, Daniella was using one of the smaller port-side cannons to dazzle the men into confusion with dancing lights. Anubis mounted the mainmast of the Porpoise and tried to jump valiantly from a spar to the deck of the opposing ship, but he slipped and plunged into the sea instead. Fortunately, Bill Deagan’s poisoned arrows were true, and the weakened enemy captain decided that he’d had enough of the Porpoise after falling victim to two of the rogue’s shots; the ship turned away and made for some safe harbor. Ogutu praised all the party had done, and the ship’s crew cheered Daniella’s name as the Porpoise headed westeward away from the battle and the storm.

Unfortunately, Ogutu and Anubis knew that they could not outrace the enormous typhoon for long; they needed to head for shelter as soon as possible. Normally a ship is always safer weathering a storm at sea than in port, but this monster was an exception to the rule. And they would need more than just a normal port to protect them. There were only two places that Ogutu knew of where they could truly be safe from the storm. Alneshaug, the pirate city, embedded in the heart of a craggy island to the north, or a smuggler’s cave in southeastern Goin that Ogutu had used as a hideout many years ago. Both sites had their advantages and disadvantages. Alneshaug was a tremendously dangerous place, and their ability to make landfall would depend on deception. However, Ogutu could not be sure that the smuggler’s cave in Goin existed anymore. If they made for the cave and it was destroyed or inaccessible, the ship’s fate would be sealed. After much discussion the group decided that Alneshaug was just too risky. They would have to pray that the cave was intact – for if it was, it would be ten times safer than an island of cutthroats with no escape.

For three days and nights, the Porpoise sailed west on the strong winds of the storm’s front edge. Finally they reached the rocky shores of Goin, and Ogutu gingerly navigated between the many sharp undersea cliffs that were capable of tearing the hull to ribbons. Soon they caught sight of a crevasse, and the Porpoise furled sails, brought down its topmasts, and rowed into a cave hidden in the high cliffs. The cave was vast, and inside was a beach many hundred yards wide. Ogutu sent longboats ashore and the party accompanied their captain in his launch. As the sailors made camp, the party decided to explore the high-walled cavern.

The shore was littered with the bones of many animals and fish, but other than rock and debris, the cave seemed fairly uninteresting. Lucia did spot a fresh footprint that seemed to her to belong to an ogre, and soon the group returned to camp to report the possible presence of the large creatures to Freddy Ogutu. Ogutu looked grave but felt sure that, properly armed, his men could dispose of any ogre. Before they could speak for long, however, the conversation was interrupted by a disturbance north of the camp. Apparently three or four of the men had gone off with a beautiful woman who claimed to be running a brothel inside a smaller cave within the cavern. This news struck the party as extremely odd and grave, and they returned to confer with Ogutu once again. Ogutu said that the idea of a brothel in these caves seemed odd, but with a sufficiently high number of sailors coming through, it just might be possible. He assured the party that his men had been instructed to be on guard for ogres and not to go through the archway to the deeper cave.

The party volunteered to search for the men who had wandered off, and Ogutu agreed to send two of his fighting men with them to explore the cave further. Slowly the group approached the cave entrance, and they were surprised to find the archway to be finely constructed of a different kind of rock than made up the rest of the cave. The group saw words inscribed upon the archway, which Daniella identified as perhaps a dialect of Old Draconic far older than she had ever seen. She recognized only one word as a cognate of the Old Draconic word for ‘womb’. They quickly returned to the camp to ask Ogutu if he rememberd the archway from his time here before, to which he replied that he did not. Whether this was because the cave was blocked before or his memory simply failed him, he could not say.

Slowly the group passed through the archway, and they were in a finely constructed hallway, the walls of which had mostly crumbled with age. Some parts of the walls remained, however, and showed finely cut reliefs depicting idyllic woodland scenes, with dryads and naiads and pixies and other sylvan creatures frolicking happily. After venturing into the hallway some sixty feet or so, a cave-in blocked the primary path of the hall. However, to their left someone had dug a detour through to a natural limestone cavern. They entered the cavern and proceeded up two sets of steep grades, separated by landings, and lit by torch stands. Eventually this brought them to a place where the cave narrowed to only five feet in width, and the walls of this portion of the cave were worn smooth and had a good deal of long thick hair rubbed into them. Lucia identified the hair as belonging to a large humanoid, most likely an ogre.

The group carefully passed through this space, and made their way into a three-way fork in the cave. The group decided to try the left fork first, and as they began their way down that passage, they distinctly heard snoring. Soon the sounds of a large creature grumbling made them back up, and a large ogre emerged from the passage. The group immediately took up fighting positions, and the ogre charged them.

He first landed a blow on Lucia which was quite severe. The druidess was much taken aback, and retreated to the rear of the party to heal herself. Soon Anubis and Daniella had felled the angry beast with a vicious sword slice and several balls of energy, but not before he managed to get in a terrible blow on Daniella as well, knocking her against the wall of the cave.