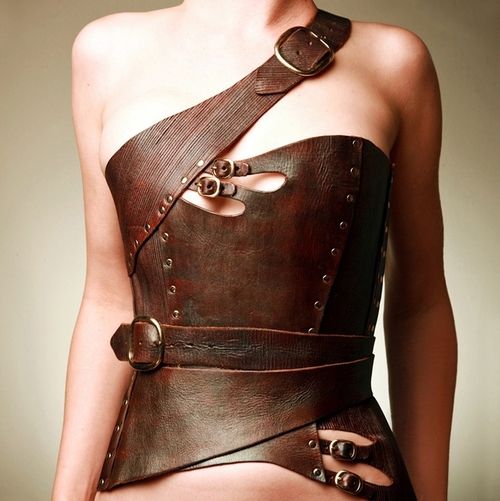 Even though wizards fight at a distance a clever warrior will still use arrows to get to their mark. Sather always seemed to have the wrong spell up at the wrong time, especially against arrows. Her life was almost forfeit 3 times in her times as an adventurer. After the 3rd time of her life flashing before her eyes from an arrow she decided she had enough.

She wished to design a light, yet attractive, vest to prevent all arrow attacks from hitting her. To her amazement when she 1st tested the vest it did not do what her research had theorized. Her testing of the vest involved a bow, arrow, and a fellow wizard that did not like the idea of testing her vest by shooting at her while she wore it. It took Sather 1 week to recover.

None the less the vest did work enough for Sather to use it. Although it did not prevent all the damage it did prevent her from taking most of it, so she kept it and did not make another. In truth she also could not afford to try again.

Abilities: This normal-looking leather vest only gives off a faint magical aura that is only detectable by a Detect Magic spell of 8th caster level or higher. Anyone who is wearing it takes half damage from piercing weapons due to it’s magically fortified fibers.