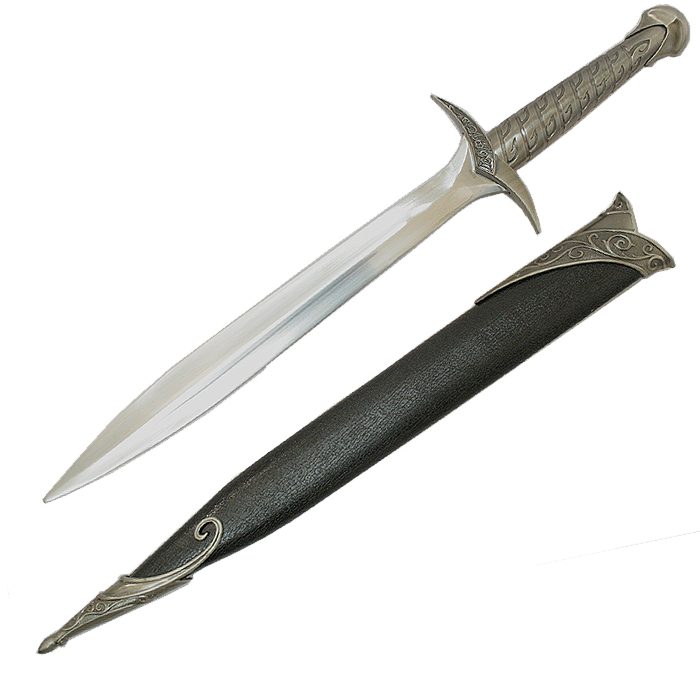 Jonas Harnkess was a seasoned sailor, who had spent most of his life at sea. He was a man of few words, but he was respected and feared by his fellow sailors for his bravery and cunning. Jonas had faced many dangers in his life, from deadly storms and high seas, to dangerous sea creatures and rival pirate ships.

Despite his many battles and skirmishes, Jonas always felt that something was missing from his arsenal. He longed for a weapon that would give him an edge against the perils of the sea, a weapon that was specifically designed to combat the dangers of the ocean.

So, Jonas set out on a quest to create the perfect weapon, a short sword that would be deadly against water and sea creatures. He spent many long months locked away in his workshop, experimenting and perfecting his creation.

Finally, Jonas emerged with the Flayer Short Sword, a weapon unlike any other. The blade was forged from a rare metal that was said to be infused with magic, and it was said to be capable of slicing through even the toughest sea creatures with ease.

The sailors who saw Jonas wield the Flayer Short Sword were awestruck. The blade seemed to glow with an inner light, and its deadly edges were razor-sharp. The weapon proved to be the perfect tool for Jonas, allowing him to defeat even the deadliest sea monsters with ease.

Soon, word of Jonas’ weapon spread, and sailors from all over the world sought to get their hands on the Flayer Short Sword. Jonas was proud of his creation and he willingly shared his knowledge and skills with those who sought to learn from him.

This 24″ short sword is possessed of a slightly curved blade, its handle is made of bone, a femur of an Aquatic elf, and is covered with a scrimshaw like carving. The carvings depict creatures of water such as octopi, whales, even a walrus. Also a carving of a sinister looking reptile and human hybrid of some sorts. An Identify spell will reveal the name of the sword and its previous owner one Jonas Harkness a sailor who by the end of his life had a deep abiding hatred for the sea.

Abilities: The sword statistics are +1 to hit and damage, +2 versus water creatures, +3 versus sea creatures or water elementals of any type. It has a speed factor of 3