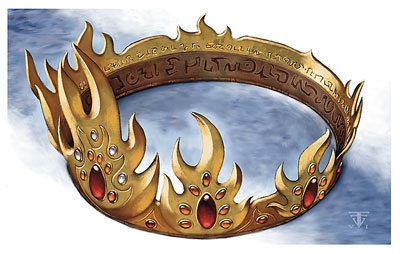 This is a large crown with a variety of encrusted jewels. The jewels in the crown may not be removed without destroying the crown itself. If an attempt is made to pry out a jewel, the instigator receive 2d6 points of electrical damage, no save. The crown itself does not cause any damage when touched or worn.

The wearer of this crown receives +3 wisdom and +3 charisma while the crown is worn. The wearer also gains a +2 bonus to saves made against poison.