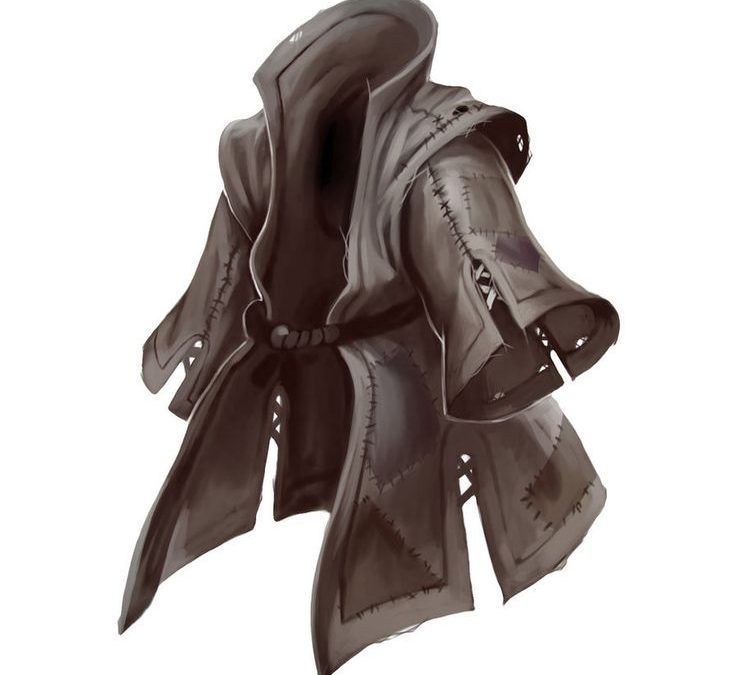 A wizard simply named Nob created the robe as a joke and for his protection to his wizard counterparts at the guild. Nob was a decent wizard of moderate power but he was known, in his time, for being most clumsy. He was known for fouling spells in combat affecting his associates, dropping drinks, tripping traps, ruining potions,. and the list goes on. Many other wizards snickered at their associate for his lack of coordination. Eventually, Nob was uninvited for expiditions by others that knew him and never invited twice by those that didn’t know him.

Nob decided to make others feel as he did, thus the Robe of Curses was created. The robe is a plain simple brown robe of no visible features, in fact it is rather dull and boring in appearance. Upon close inspection anyone can see all sorts of strange bits and pieces from different known items, gems, and animals. It is designed with pieces of all and any materials that are considered cursed or bad luck. They are woven into the robe itself on the outside layer of cloth. A small shard from a broken mirror, a hair from a black cat, skin of a toad, the feather of a dead bird, a slice of goldfish, a deformed opal, and so on. The inside of the robe is woven with elven silk and enchanted to protect the wearer from the bad luck.

Abilities: It bestows the wearer immunity from any curse type spells. It also causes all living beings, friends and foes, to have -2 on any rolls that involve a d20: attacks, saves, ability checks, and so on. The wearer is immune to the effect. The item itself emits magic from the inside of the robe.