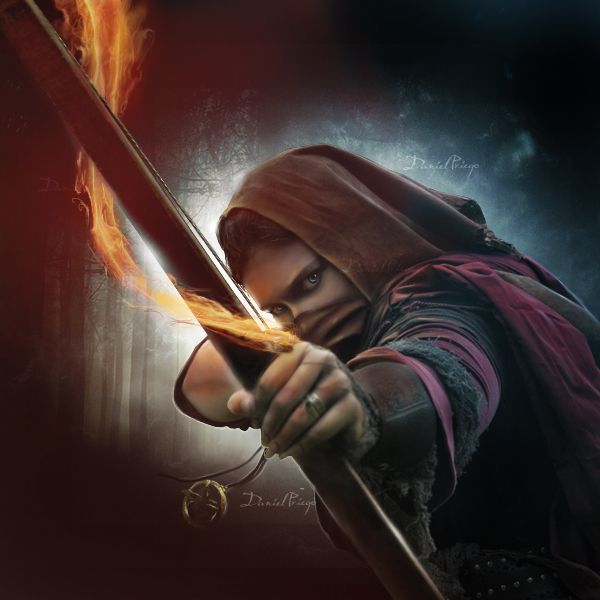 The Arrows of Fireburst were crafted by a benevolent fire mage after a troublesome troll name Kralg had begun attacking local farmers and devouring their livestock. The warriors of the nearby town soon discovered the troll’s regenerative powers and also its susceptibility to fire so they requested the mage craft a fire based weapon that could be used from range (to avoid the deadly claws of the troll). The mage crafted several dozen magical arrow-heads and had a local fletcher affix them to normal arrow shafts (only the arrow heads are magical). The arrowheads have a black chalky appearance, looking very much like pyramidal charcoal briquettes. When handled they will leave a black ashen residue. The town’s warriors attempted to use the Fireburst arrows against Kralg but found the unwieldy heads caused their missile fire to miss its mark and sadly they fell prey to the troll’s fury. The troll unwittingly gathered up the arrows, adding them to his random assortment of looted trinkets. Hopefully a sturdy ban of adventurers will defeat the beast and discover the long forgotten missiles.

Abilities: The Arrows of Fireburst are normal arrows with magical heads. The arrows will explode on impact as a miniature Fireball effect, inflicting 2d6 damage in a 5′ radius. The bulky shape of the arrowheads imparts a -4 penalty to all to hit rolls when firing the arrows. If a target is successfully hit, the arrowheads themselves will do d4 blunt damage and then the arrows will explode with no save allowed to the target. If a target is successfully hit as by a ranged touch attack (but not penetrating any armour) no blunt damage is sustained, however the target will still be damaged by the explosion with no save allowed. Any creature not hit by the arrow but within the 5′ blast radius may take a DC 15 Reflex save for half damage.