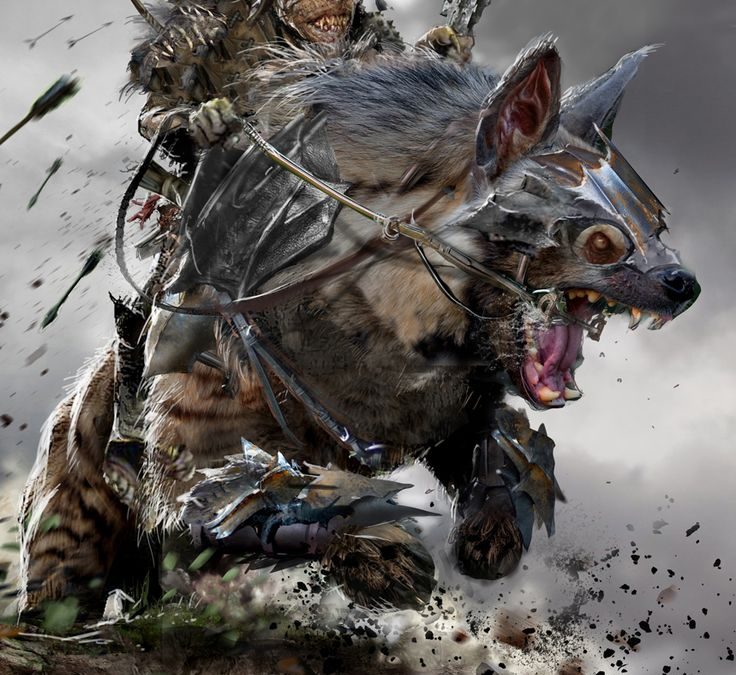 The party, and hopefully a few dwarves, have just survived an avalanche attempt by the goblins. Questioning any prisoners will reveal nothing the players do not already know. The goblins are desperate now, they believe the players magic is too strong to fight. They only have one last tactic to try and one last trick if that doesn’t work.

After the rock climb Regner will inform the party that they are nearly out of the goblin’s normal territories. He believes the area on the player’s map is only a week distant and the ground is more level than previous areas. The remaining dwarves are too frightened and demoralized to feel excited yet. They feel certain the goblins will follow them till they are all dead.

The day will pass without incident. Davrus, or his replacement, is forcing his remaining worg riders to pass the players position for 1 last ambush. His remaining goblins will not be able to catch the party before they can escape. He has sent runners back to his tribe to tell them of the possible escape of the dwarves. The next day the players will spot a group of approximately 30 goblins at a far distance to the south. These are the remaining forces of Davrus. The party can tell that they are at least 1 or 2 miles behind.

Approximately 1 P.M. Davrus’s attack will happen. A group of goblins mounted on worgs will ride out with the sun at their back. There are 6 worgs, each carrying 2 goblins. The first goblin is armed with a crude lance of sorts, the second goblin will jump off when the worg gets close to the group. The mounted goblins will keep far apart to avoid area effects spells but will try to keep characters engaged while the goblins on foot go for the dwarves. 3 rounds after this a second group of goblins on worgs (6 worgs with 1 goblin each) will approach from the opposite direction. These goblins will attempt to grab a dwarf and ride off. Likely they will go for children or the injured. These riders will not stop for combat unless they are unable to grab a victim. If they grab a dwarf they will not stop until well away from the combat at which point they will kill their victim.

This should end up a very confused melee. The first group of worg riders will refuse to stand and fight, constantly moving so as to present a hard target and possibly make a charge attack on a player from behind. The goblins who jump off the worgs will wade into combat attempting to distract players or kill unprotected dwarves. The last group of riders will present a real problem for players who do not have enough mobility to catch a sprinting worg. Several things to remember for this fight is that ranged attacks may have a chance of hitting captive dwarves and the goblins fight this battle without fleeing or surrendering. They believe they are doing this for the survival of their tribe.

Any worg riders who escape with victims may eventually come back for a second but they have been instructed to meet up about 1/4 mile ahead of the party.

If the party succeeds here, then Davrus is forced to admit failure. He calls for a parley about 1 hour later. He is accompanied by 2 goblins, and any survivors form the last mission. If he is allowed to live long enough, he bows his head in defeat and tells them he will let the dwarves go with no more attacks. “Too many of my people have been kill to continue this battle.” he states with a shrug. He actually attempts to flatter the players with praise of their battle prowess and cleverness. He then offers them gifts to cool their anger against his people. He has his 2 assistants bring forth 3 crude necklaces, leather straps with small colored stones imprinted with goblin symbols upon them. They are valued at 5 gp. each. He also offers them a barrel of Aleate wine. Brewed from certain fungus his people cultivate. He goes on to say it is very potent and has been known to give visions.

Note: The wine is poisoned, this is Davrus last try. He is hoping the players will be poisoned and then the dwarves will die without the players aid. Detect poison spells or perhaps detect lies will reveal his intentions. If the players let him live to this point, he wishes them well and with an air of defeat sets off to the south to rejoin his people.

The players will have no more trouble from Davrus and indeed the necklaces will give the players a boost in dealing with other goblins they might come across. If the dwarves are all dead before this point, Davrus will not bother to meet the players since he will consider his job finished.