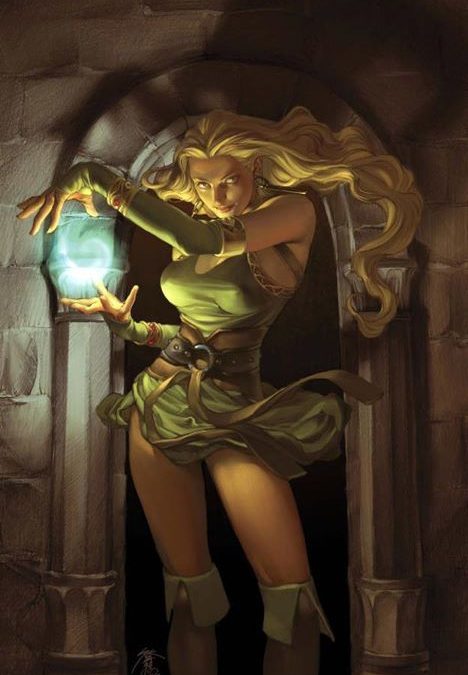 Freddy Ogutu’s men loaded all the group’s cargo into the hold, and he set up reasonably nice accomodations for Luce, Daniella, Morgan, and Anubis. Harold and Deagan were relegated to below decks with the rest of the crew, a fact that Harold did not take well. Evening was beginning to descend, and Ogutu made sure that the group knew his tide would soon be here. Still, Anubis and Daniella needed to run to a banking institution on Hally’s Island before leaving. The mail had come, and in it, Anubis received notification of both his officer’s pay, and the latest disbursement of his trust fund. Daniella received notice from Sir Edwin Aeridah that he would pay her a salary of 500 gold per month during the probationary period of her curatorship. Michelle Loupieres also sent the group a copy of the letter she sent the Arva and Von Staden families thanking them for the service of their daughters. Anubis sent mail to his sister and mother, as well as to his brother Eustace, and Luce sent a letter to Loupieres telling her of the activities of Mick Kinsey and the brigands on the road from Pontette to Marvey.

Soon the ship was under way, and the group retired to their quarters. Before bed, Luce spoke to the cook and the purser about the importance of preserving her doves, stowed on deck. She fibbed that the birds were poisonous to anyone ingesting them, and she made special mention that any sailor who molested the birds would be answerable to her. Ogutu told the group that they would be heading east to catch the northerly tradewinds, which would slingshot them up into the mouth of the bay of Luza, and everyone spent a peaceful night heading away from Marvey on calm seas.

The next morning the group shared a pleasant breakfast with Freddy Ogutu before heading out to give Daniella a chance at the Porpoise’s guns. Ogutu introduced the enchantress to his master gunner, Pirdy Bebbils, an intelligent-looking dwarf. Bebbils introduced the rest of the gun crew and began to explain the functioning of the guns. Each gun contained a focus crystal for mangifying arcane energy. Most of the guns magnified the range and power of a spell up to five times, but the largest two of the Porpoise’s 16 magnified up to ten times. It was these guns in particular that Bebbils hoped Daniella would be adept at firing.

Soon the crew had some practice barrels out at sea, and Daniella began to try her hand. Bebbils warned that sometimes spells failed to properly channel through the crystal, and sometimes the power of the magnification left the gunner woozy or even completely unconscious. Daniella’s first shot, a magic missile, was completely successful, however, and she experienced no ill effects from the release of the energy. The crew gave a loud cheer as the first barrel exploded in a hail of splinters. The next barrel was let much farther out, beyond the range of the typical gunner’s burning hands spell, and once again Daniella shattered the target, though she could barely see it on the horizon. The crew was left dumbfounded and soon began whispering excitedly at the prospect of having such a gunner on board. Freddy Ogutu even admitted that he almost wished they were attacked, just so he could see Miss Arva try out her skills on a live target.