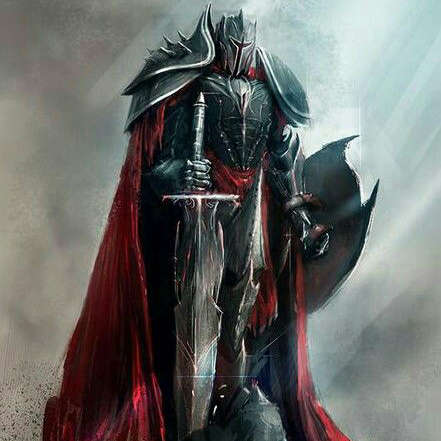 There is not much for anti-paladins but in an article in Best of the Dragon II it gives nice statistics for them. They have the same geneal bonusus as paladins, +2 saves etc., but some are altered as below.

Powers:
1. Heal one self (as paladin) or cause that same amount to another and gain that many hit points.

2. When making a strike from behind the anti-paladin does double damage.

3. The anti-paladin is a carrier of disease and therefore is not affected by them. He may pass on disease by touch as many times as a paladin can cure disease.

4. An aura of protection from good instead of evil.

6. Charisma must be either a 3-4 or 17-18. The anti-paladin is either hideously ugly or devilishly handsome. All charisma modifiers are applied positively toward evil aligned beings. An anti paladin never suffers a bad charisma effect.

8. Aura of evil, apply any positive or negative charisma modifier toward his saving throw as a bonus, never a penalty.

9. Smite good as smite evil is for a paladin.

10. Gain spells as a paladin does, but only the reverse or destructive form of the spell.

11. Aura of fear, any save Vs moral or fear is made at -4 for any opponents within 10′ of the anti paladin.

13. Code of conduct, only what serves the anti-paladin.

“A motherless child raised in a city of thieves, an assassin by the age of 12, and the murderer of his own father. What else would you expect him to be but an abomination that exists by his own terror.” A story told once again by Darius, Valim’s greatest foe.

Valim seemed destined to be who he was from the day of his birth. His never ending evil passed even to his mother, she died giving birth to him. A father slain by his own son while attempting to turn him in to the authorities for his crimes. The most lethal assassin for the guild of thieves. Even those within the guild which had crossed him had died. He was a feared man.

His true calling came when a priest named Walaar saw the potential in Valim’s eyes, the potential for greatness. He thought by presenting his god with such a champion he would be rewarded. At the time Valim was evading the authorities by traveling to another city. Walaar spoke to the cold warrior of powers he could have, of what he could become, and that his life was destined for greatness. The dark god of strife had chosen him to be his champion and only Walaar would train him in the ways.

Valim understood what was presented to him and began to study in secret. Whether chosen or by chance Valim’s devotion to the dark god had not gone unseen and he was accepted. Powers bestowed upon him were more than the mortal warrior could ever gain. It was time to discard his old identity and take his place of greatness. Valim arranged his own death and tied all loose ends to his former life, including Walaar’s.

Valim understood what he must do to make him and his god greater. He roams the outskirts of a weakened kingdom pillaging and looting what he can. He gathers humanoids and powerful allies for the day he will conquer this kingdom for his own.

Personality: Valim is the ultimate villain, he will stop at nothing to succeed. He will sacrifice others, run from a battle if he is losing, or stay if he is winning. He will beg for his life, sound sincere in any promise, yet betray at the first sign of opportunity. He holds no mercy for defeated opponents and gives no pardon.

He always has a retainer of men and humanoids with him. Usually 3-5 experiences warriors, usually orcs or ogres (levels 4-6). and 8-10 lesser warriors (levels 1-2). He is very cunning and is very well aware of his limitations. His goals are to gain as many allies and wealth to march onto a weak kingdom to take them over. From there he can grow his army and conquer other kingdoms around him.

His only weakness is that he will risk much to gain much. Play him as the best an evil warrior can be, ruthless, unmerciful, treacherous, and one step ahead of the players. He can be defeated but the players will have to trick him to do it. He would be an excellent villain in a lengthy adventure involving powerful magic item where time is limited.