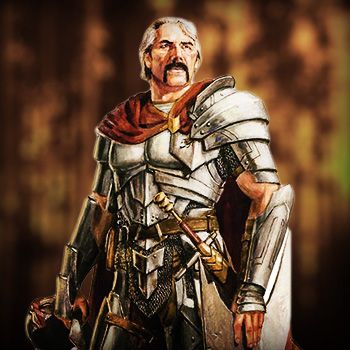 Kangran is a captain in the watch of the port city of Laribus. He is a 35 year old human male. Kangran has served in the city watch since he joined at the age of 16. He cut his teeth, as they say, in the cities slums. He has worked his way up the ladder thru perseverance and determination. Kangran tends to judge people in their first encounter and goes by that judgement. If proven wrong he will usually state so, but he is a good judge of character.

He is also a stickler for detail and as a trained observer he notices the little thing that most do not. He has no tolerance for thieves of any sort, though he understands the plight of the poor and is sympathetic towards them. He often walks thru his old patrol routes in the city slums to check up on his old neighborhood.