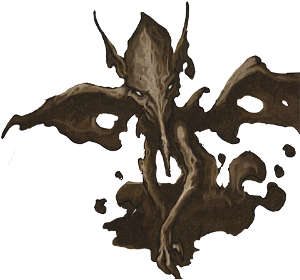 Gzittzo was a goblin wizard of great renown. Despite his humble origins, he rose to become one of the most powerful and respected wizards of his time. Gzittzo was born in a small goblin village, where he showed an early talent for magic. As a young goblin, he spent hours studying ancient tomes and practicing his incantations.

Despite the challenges he faced, Gzittzo was determined to become a wizard. He left his village and set out on a quest to find a master who could teach him the ways of magic. He traveled far and wide, facing many dangers along the way, but he was never deterred.

Finally, Gzittzo found a wise and powerful wizard who was willing to take him on as an apprentice. Under the tutelage of his master, Gzittzo quickly grew in power and skill, mastering the arcane arts with ease.

With his mastery of magic, Gzittzo quickly became one of the most sought-after wizards in the land. He was renowned for his cunning and his ability to solve even the most complex of problems with a single incantation.

Despite his great power, Gzittzo was a humble goblin, always willing to help those in need. He used his powers for good, helping to defend the weak and vanquish evil wherever he found it.

Gzittzo’s reputation soon spread far and wide, and he became known as the greatest goblin wizard of all time. He was loved and respected by all who knew him, and his name became synonymous with power, wisdom, and compassion.

The Staff of Mephit Summoning was originally created by the goblin wizard Gzittzo to keep his lower minions in order. He sold the formula to make the staff to many humanoid wizards. Eventually Gzittzo retired from adventuring and bought his own tower from the profits generated by this simple item. The staff is not an unusual item to be used by humanoid wizards.

Abilities: This is a 3ft long staff made of oak or maple with a small pointed amber gem tied crudely to the shaft with rope. This staff, when pointed at a certain substance (DM’s discretion), will summon a mephit of the appropriate type. The wand has 1d8+3 charges.