Masks of Destiny Campaign – Chapter 7b: Doing the dishes! 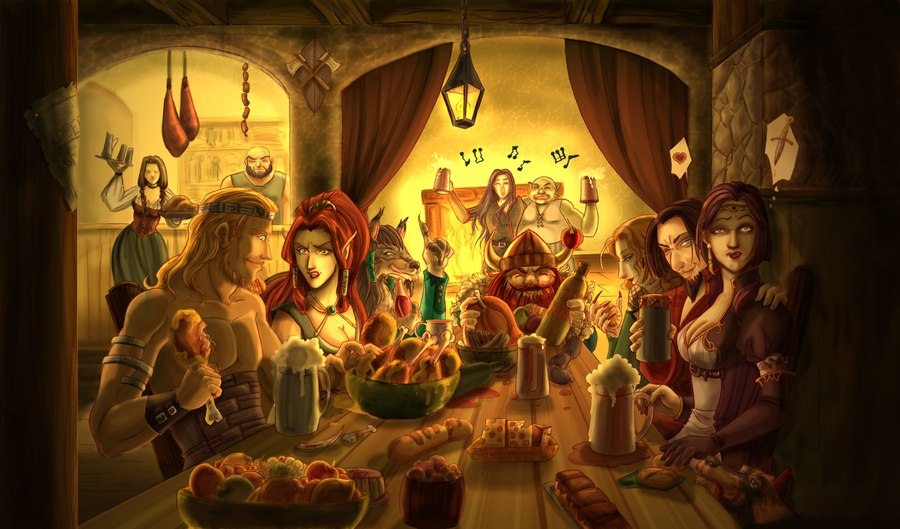 The old mage has not softened in their absence, indeed he complains that their journey should have been completed weeks ago! After he tires of complaining he asks to hear their tales of adventure, sarcastically, and to see the masks that they have collected. Charilus will eagerly study the masks and wants to keep the players nearby, perhaps cooking his dinner, so that he can question them.

Describe to the players Charilus frenzied activities-searching old texts, and casting spells on the different masks. He also takes time to find some chores for the players to do while waiting around. Charilus also grudgingly shares some information during the evening meal. It seems the mercenary band who fought the players before, Shar’s Marauders, has some rich backers. The Shar has been recruiting laborers, guards, cooks, and various help for some kind of expedition. “Evidently it will involve a lot of digging” Charilus states. They have been recruiting from Laribus, Harken, and several of the large nearby villages.

Charilus is feeling smug however, he has located the exact location of another mask! Indeed he hands the players a hand made map. With even a short glance they can tell that the location on the map- a tomb of some sort is a loooooong way off. Charilus then tells the party the mask is in a tomb belonging to a long dead wizard of the Teng race. He believes the Teng were involved in the creation of the masks and more information on their creation might be found there.

Charilus is feeling quite pleased with himself, and is only mildly annoying and condescending to the players. He also states he has Omar spying on the mercenaries, to discover the location of their dig site.

After dinner, after insisting the players clean up, he will return to examining and testing the mask’s powers.