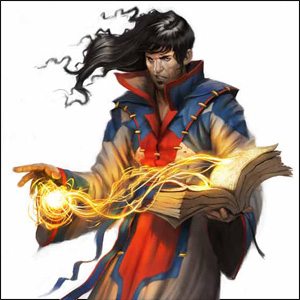 Maeldrun was a wizard of unparalleled skill and knowledge, revered throughout the land for his mastery of magic. Despite his reputation as one of the greatest wizards of his time, Maeldrun was often sought after by rival wizards and dark forces seeking to harness his power. In order to protect himself, Maeldrun devoted years of research and experimentation to creating a spell that would provide him with a powerful defense against magical attacks.

The result of his efforts was the Maeldrun’s Magic Shield spell, an incantation that could summon a powerful shield of magic to deflect even the strongest of spells. The spell was complex, requiring precise incantations and hand gestures to activate, but Maeldrun was confident in his ability to cast it.

As word of Maeldrun’s Magic Shield spell spread, other wizards sought to learn it, but Maeldrun was careful about who he taught the spell to. He knew that the spell was a double-edged sword, and that in the wrong hands it could be used for evil.

Despite this, the spell became widely known, passed down from generation to generation of wizards. Those who were able to master the spell were said to be nearly invincible, protected against magical attacks by the powerful, mystical shield that Maeldrun had created.