Half Plate of Hennick 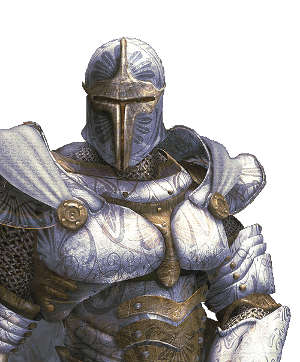 King Hennick was terrified of ray spells, especially disintegrate. In his youth as an adventurer he had seen several of his comrades fall to a lich’s ray attack before he managed to escaped. The thought of instantly not being there anymore from such a spell had left a terrible phobia of ray attacks on his mind.

He requisitioned from his wizards an armor that would protect him from such vicious magic and thus the armor was born. A half-plate armor of reflective material and magical. Although Hennick never again fell prey to even one ray attack from anyone, not even an attempted ray attack, he felt safe.

Eventually his armor was his demise as during a pitched battle with an army of humanoids, defending his land, the king met 2 large thrown boulders that crushed him. After the battle the generals were baffled at how the enemy knew who the king was. The 2 hill giants responsible for the king’s demise were captured and only claimed “we saw battle, saw shiny warrior, seem like good target” They were promptly executed after that.

Abilities: This normal half plate +1 is highly reflective to light. If a ray type magic spell hits the wearer of the armor it will reflect towards another direction (roll a d8 to determine the direction). But since it is so reflective it is difficult to hide with it on and it incurs a -3 penalty to the hide check along with the armor check penalty.