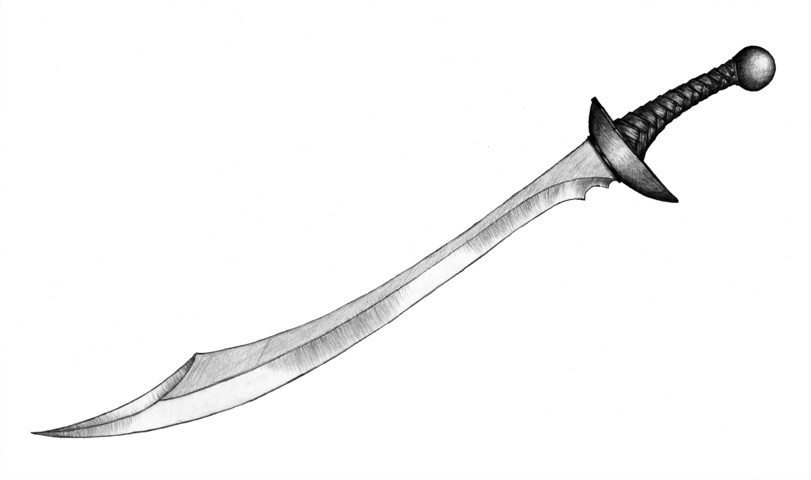 Graveblade was created by the nature goddess herself to defend a section of her favorite forest. It was handed by the goddess to the ranger Kityanne to help her rid a forest of the necromancer Fonsdemorte who had made his home there and began converting the area to a swamp.

Fonsdemorte barely escaped with his life after a month long conflict with the ranger. She used every tool she had at her disposal to rid the forest of the walking undead of the necromancer. In the end it was just her and the lord of the undead. Being wizards do not react well to swords Fonsdemorte fled after a critical blow dealt by the ranger. He has since not attempted to return.

Abilities: his scimitar acts like a normal +1 long sword. It is chaotic good and has the following statistics: Int 11, Wis 13, Cha 14, Ego 13; empathy; always active- detect undead, 3/day- turn undead as a 10th level cleric. When attacking undead it is treated as a +3 sword and begins to glow. Although this sword is chaotic good it is willing to work with any alignment, so long as they go along with its goals of eradicating undead. It hates necromancers and has a strange ability to detect if a person is tainted with evil and will strongly will its master to attack.