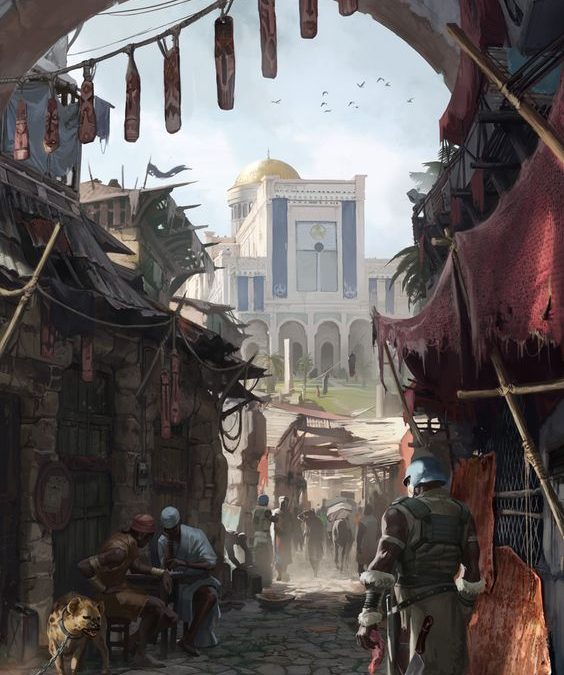 Sure enough the plan is put into action. The party is placed in the middle of the market place with nearly 60 warriors between the city watch and the local soldiers hiding nearby. These warriors are prepared with oil,fire, and what silver or magical weapons could be found. 2 low level wizards(3rd) that owe the watch a debt have also been set up to provide some spells.

However Malchor has both luck and good planning on his side. The good planning comes from the fact that he knows the watch is on to him so he supplements the 15 plague weres that are attacking with 20 plague zombies, nearly everything he has. His good luck comes from the fact that 6 of the local watch have been infected already but do not know it. When the first plague weres come onto the scene to attack these 6 officers, all in different groups, will change and attack their comrades, sowing confusion and disorder.

Runners will bring news to the bait group, which consists of the PC party with Kangran as a bodyguard, of the attack and the problems. They will not have much time to consider this because a small group of plague weres break through to attack them as another group of plague zombies crawls out of the sewers to aid the plague weres!

The bait group will be attacked by a group of 5 plague weres which are aided by 6 plague zombies 3 rounds later. 1 of the plague weres will run off after being badly wounded, the party can follow it or wait around for others to help. Kangran of course suggests following but brings a runner with them so he can tell others the location of the lair.

Tracking the wounded plague were will be easily enough, it should be wounded badly enough that it is unaware of being followed. Eventually it will turn down a dead end alley. Watching the were, the party will see it move a pile of garbage to uncover a hole in the walls. This hole drops down underground.

Kangran will curse at this point. He tells the party that the old catacombs under the city go in a dozen different directions. He sends the runner off to tell the others where to look, he turns to the party and tells them “Well we can wait for help but we may lose him and those catacombs go all over the city. Damn governors liked to be buried away from the citizens.”

If they wait for help they of course lose the were. The party will undoubtedly decide to go after it themselves. If the party is too wounded you can have a few watch members of 1st level show up to help or even a 3rd level cleric to heal wounds. Entering the catacombs is easy enough, move past the garbage and drop about 6′ into the tunnels.