Masks of Destiny Campaign – Chapter 12a: All that for nothing #1 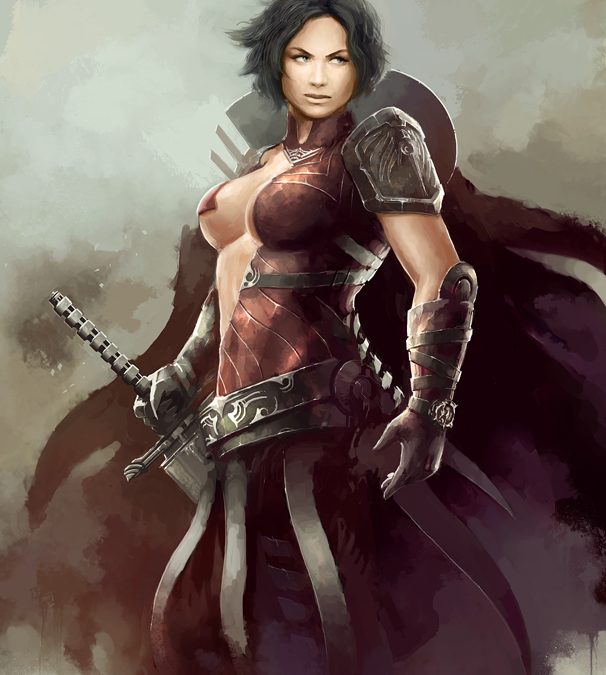 At this point in time there are several possible outcomes. Either the PCs have defeated Shar and they have the masks or Shar has the masks. Lets look at both possibilities.

Current Situation in the Story: Shar has kept the Mask of Divination around her neck under her clothes at all times since she took it from the PCs. Only she knows of this secret. She had a duplicate mask made with a fake magical aura. She placed this fake in her personal trapped chest with the other masks. With the mask of divination she can always find the other masks if they are stolen. All of the remaining masks at this point are in the hands of Baron Ganth. He has spent a lot of resources recovering all the masks. Shar detected the next mask nearby because Ganth is setting a trap for her outside the dig site. Blackthorn has been tracking the party which led him to Shar.

OUTCOME #1 The PCs Recover the Mask of Illusion for Shar: After the PCs recover the mask of illusion, Shar wants to secure all the masks, pay the workers, and leave the dig site. The first thing Shar will do is to place the new found mask in her chest (she has the only key) and place a dozen trusted guards in and around her tent and the chest. She will then tell Proth to pay off the workers and remaining guards in the camp. She will go over to where the PCs are being held and advise them they are free to go. When asked about Elan and Omar she will tell them that they are safe and somewhere in the camp. She tells them to search for themselves. This buys her some time to leave the camp.

If the PCs threaten her or attack here she will yell out at 1st opportunity “kill the prisoners” as she fights. Her henchmen and extra guards will arrive within 6 rounds. Shar will fight defensively till then. Shar will not hesitate to kill all the PCs if threatened.

Assuming Shar is not attacked she will return to her tent finding the two guards protecting the chest asleep and the chest missing. She will summon all the Marauders to her tent to discern where the chest is. Even the PCs will be taken in here. As a DM I would suggest you call out the names of all the Marauders in the tent except Phantasm. During Shar’s rounds in the camp Phantasm made his move, slept the guard, and stole the whole chest using spells and illusions. Shar will begin a search party for Phantasm at once. She will still let the PCs go as they would only hinder her efforts.

If the PCs don’t search for Phantasm then Shar will return to camp, finish packing up, and leave the camp. She will pursue the masks on her own unless questioned or stopped. if the PCs let all this happen then they are on their own from here.

Unfortunately for Phantasm he will run into trouble escaping through the woods. Blackthorn and his men have tracked the PCs to the dig site and kept close surveillance on what’s going on. He and his men will ambush Phantasm in the forest. The PCs should think it upon themselves to try and find Phantasm or help Shar find him. Eventually both will find what remains. Have PCs and Shar find the ambush site within 2 minutes of one another. Read this to the PCs

“You come upon a small clearing of trees. In the center of this clearing is the clothes of Phantasm, pierced and slashed. The strange mage’s clothes seems to have suffered at least a dozen wounds although no blood or corpse can be found. Surrounding the mage’s clothes are five scattered corpses of armed soldiers. None with any physical injury or harm on their body. Only their faces give away their demise, twisted and contorted in terror. They were literally scared to death it seems. By the markings on the ground there was a struggle of at least twelve other men with the arcane mage. A large rectangular depression appears in the dirt close to the remains of Phantasm from where the chest was dropped. Within the depression is a note with Phantasm’s dagger stabbed through it. “All good things come to those who wait.” signed Blackthorn.

When Shar arrives at the site of Phantasm’s last battle her fury at the betrayal will be very apparent. She will not focus her anger on the PCs as it was not their fault but if provoked she may punch one. Any PC with tracking will be able to verify the battle, and the number of men involved.