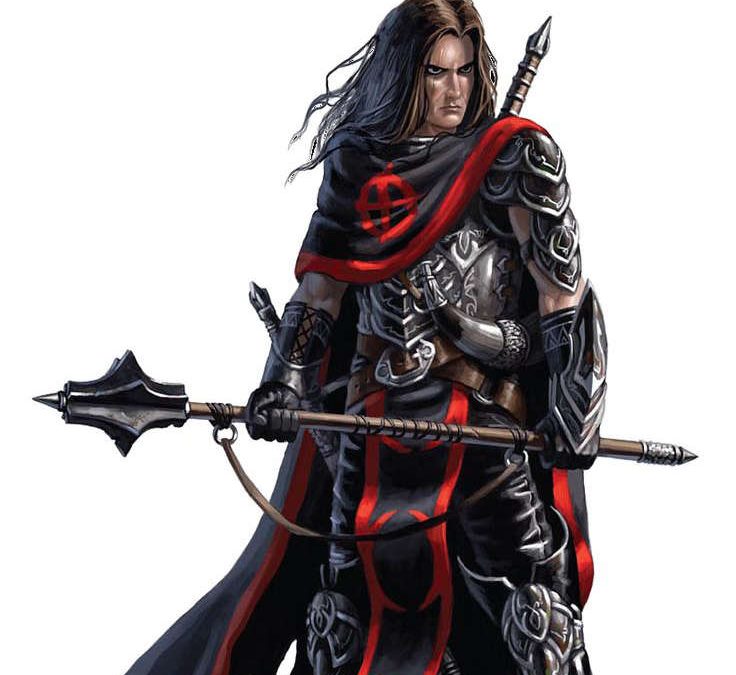 Proth always wanted to be a warrior. He started at a young age playing with swords and playing war with friends in a small very religious town. The people of the town followed the lead of the church of agriculture. Proth grew up having respect for priests since they took care of the town an ensured that they always had enough food and that the town was protected.

As years passed he found that his skills with the sword were poor as he did not have the strength, stamina, or agility to survive in fights. He did discover that even though he was not the strongest he had a talent for playing chess and mastering battlefield strategy. He decided that since he was not good at using the sword he would command those that could. He was not a warrior so he could not enlist in the army of the regional king. Instead he joined the priesthood of war. He felt that priests held positions of power as he saw in his youth and this would be a good way to work his way up.

With his natural talent for strategy Proth quickly gained the respect of fellow priests and the men under the church. He was sent on missions to aid the regional king defend the borders from invaders.

On one such occasion where the army had to root out a humanoid colony located in a wasteland Proth was sent to command the advancing force to eliminate the unwanted tribe from the king’s land. His opponent was not as skilled as Proth in strategy but knew the land well and used it to his advantage. Proth eventually was successful in the defeat of the humanoids and himself killed the leader of the humanoid tribe. Once sifting through the stolen goods of the now dead humanoids Proth found the Cloak of Fuer in the possession of their dead leader. He found the cloak symbols fascinating and took the it for himself.

The cloak being created by the old fire god began to consume and affect Proth. It turned his once solid conservative strategies in battle to bold and aggressive strategies. The cloak also affected his mind in a different way. Proth was respected by those allied to him and even his enemies. He would always show proper respect and mercy to those who surrendered to him treating prisoners well. As he became more bonded to the cloak his mercy became less and less. He would execute prisoners and kill even women and children that became an obstacle in battle. The king removed Proth from his position eventually and imprisoned him for cruelties inflicted upon the citizens of the kingdom and for breaking the laws of war.

Bitter with the king and not so much in favor with the church Proth escaped from prison by the use of spells he never thought he had. The hand of Fuer assisted him is his escape by granting his priestly spells. Slowly Proth left his old god of war and embraced Fuer. He became Fuer’s 1st new priest and brought back to life the ancient god of fire.

He is currently allied with the mercenary Shar. He know that Shar works for a very important group of militant men, perhaps a group that can use his talents. He hopes to gain fa