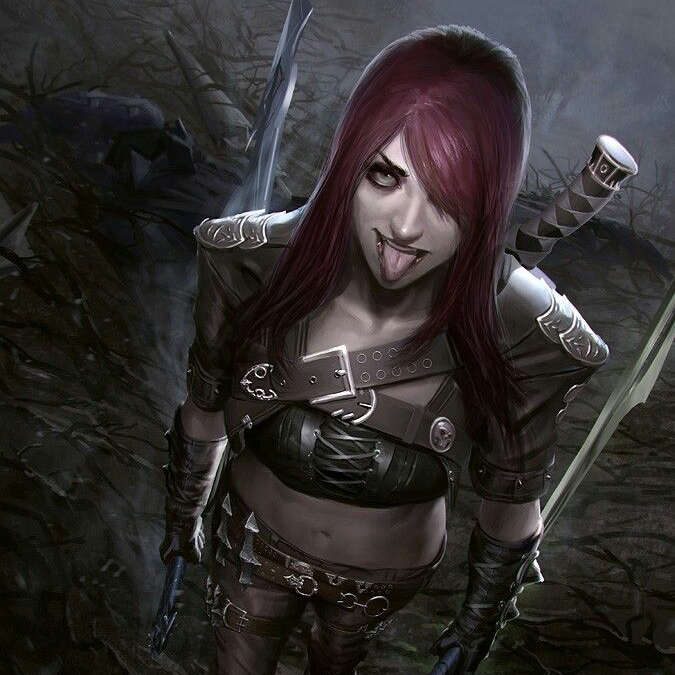 Marne grew up in an elven village, shunned by many purists among the elves. Tormented by other children, she lashed out in anger one day and left two injured and one dead. Her crime was considered unthinkable amongst the elves, who immediately held discussions to decide what to do with the child.

The elves wanted no part of her but decided that executing her would be against their own beliefs. So in a fit of hypocrisy, they exiled her, a 12 year old girl.

She was left in the wilderness with only a small amount of food and the threat of death upon reentrance to the village. To make sure no other elf would ever aid her she was branded with the rune of kinslayer upon her left forearm.

Marne wandered for weeks, scavenging for food. She was attacked once by a wolf and managed to drive it away by biting out its eye. She eventually came upon a human settlement but she was shunned for no one wanted to take in a foundling child with such a disheveled appearance.

Marne turned to thievery to survive, she was beaten and abused by others who were stronger or tougher. She became more and more wild, turning on anyone she suspected of any ill intentions.

Nowadays she is a raving psychotic, she can barely keep her urges to kill under control. She will destroy any elves she finds, though first if possible she will use brands to torture them. She has no real desires other than to cause others to suffer and gain wealth. She has been hired by Shar for her thief abilities and her willingness to do any task, know matter how unsavory. She is part of “Shar’s Marauders”.